Kingston Creative, in partnership with JAMPRO, is hosting a Creative Entrepreneur Meetup called Best Pitch Forward. On November 27 at 5 pm, ten creative entrepreneurs are going to be able to pitch for a pool of funds to kick start their creative projects!

Recently, we hosted two workshops entitled ‘Making Your Creative Project Investment Ready’, and ‘How to Make a Winning Pitch’, both led by Dmitri Dawkins CEO of Graft Ventures. Now, creative entrepreneurs who have projects in music, film, animation, software and gaming or any screen-based field, can apply to pitch.
Best Pitch Forward is an exciting opportunity for creative entrepreneurs to share their creative ventures with a panel of three investors. From the applications, ten creatives will be chosen to vie for the chance to win an investment in their creative projects. The judges will choose the winner and there will be a People’s Choice award too.

But that’s not all – twenty applicants will also be selected to attend private B2B meetings with a group of wider investors in the first week of December. These private investor match-making sessions are intended to gain additional investment into these 20 projects and move these creative business to the next level.
So… opportunity is knocking.. get ready and put your Best Pitch Forward!

*Thanks For Sharing Antonia Valaire

I’ve subscribed to Poets & Writer’s Magazine for a few years now. I share their articles from time to time as well. The resources are Abundantly Amazing! In my opinion, it’s something all Poets, Writer’s & Authors shouldn’t go without.

“They have great articles & resources. It’s my goto guide. I’ve been a subscriber since 2016!”~Maxwanette A Poetess 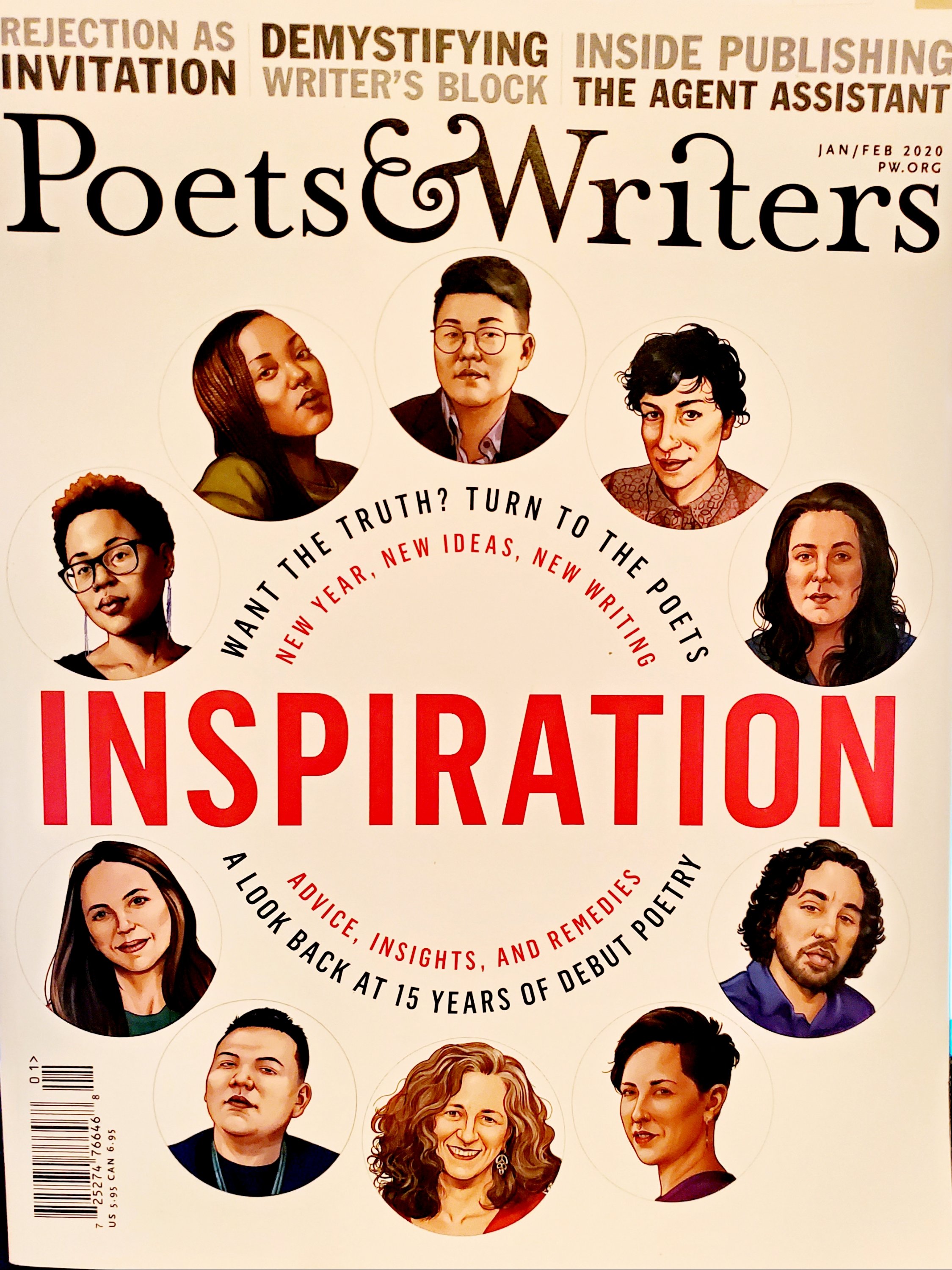 “Personally? I LOVE POETS & WRITERS, lol! To me, it’s a Poets/Writers Handbook. Their magazine & website is PHENOMENAL! One of the best investments I’ve ever made in the world of poetry. I recommend it. I don’t work for them nor do I benefit from advertising/promoting them. But good is good & a total must share.” Maxwanette A Poetess 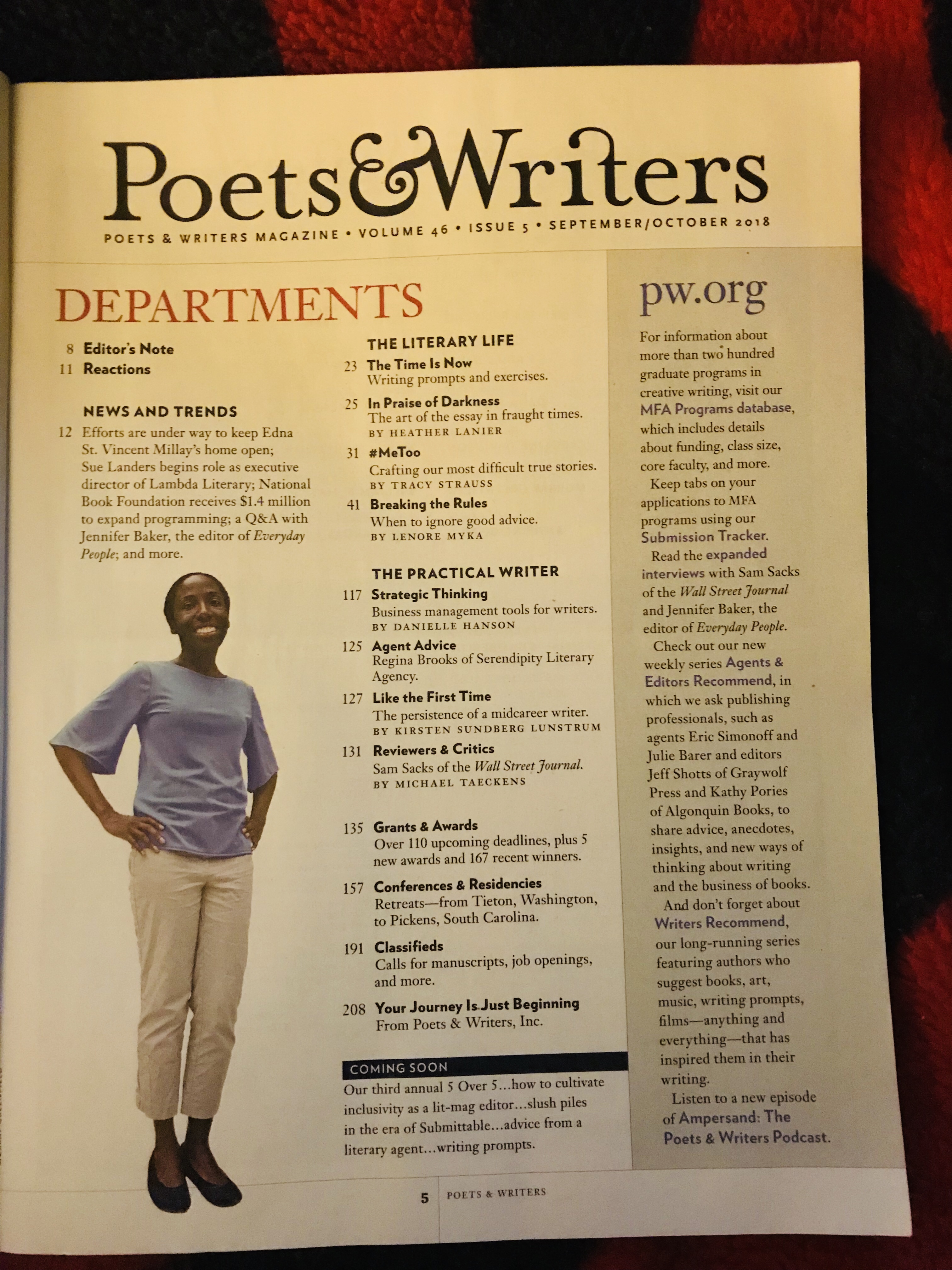 “I personally LOVE, this magazine! It’s a vital part of my personal, Poetry & Writing Toolkit.”~Maxwanette A Poetess

The answers to these questions have become increasingly hard to pin down as the Internet takes on a huge role in the writing world.

The definition of previously published:

Back when print publishing was the sole option for sharing work, previously published was a black-and-white term. If your poems, stories, or essays appeared in a book, journal, anthology, textbook, newsletter, newspaper, magazine, or any other publication, your work was considered published. If it didn’t, it wasn’t. Simple. But now, more complicated questions arise.

Literary journals don’t want previously published writing because editors want to ensure that their publications are fresh, new, and unique. In other words, editors want to be first to discover your writing. Also, editors would prefer to stay away from any rights entanglements.

Is work considered previously published if I post it on a blog, Web site, large social-networking site, or online literary journal?

If you’ve posted your writing on any of the above sites, it is generally considered previously published.

Is my work considered previously published if I post it in a writing forum or Web board?

If the forum or Web board is private and intended for the purposes of encouraging feedback or community support, then most editors and literary agents will consider the work unpublished. But just in case, you may want to take it down once you’ve received feedback so it doesn’t appear online.

If the forum in question is public (that is, if nonmembers can see what you’ve written), then your work will likely be considered previously published.

What if I published my work on my blog or other Web site, but then I take it down before submitting it—is that considered previously published?

This can be tricky. Try not to publish your work online if you plan to submit it elsewhere (like print journals). If you did post online, no one can stop you from taking your work down and then submitting it, but be warned: Editors may not like this tactic.

Once your work is removed from the Internet, do a search of random lines from the work to make sure it is not appearing anywhere. (Warning: Google and other search engines will often archive old Web pages, so simply deleting something from the Web doesn’t mean it’s gone!) If an editor finds your “unpublished” work online, you might look irresponsible or, worse, devious.

If I publish an excerpt online, does that mean the whole work or part of the work is considered previously published?

Generally speaking, excerpts are okay to publish online, as long as they are on the short side (relative to the work in question).

It’s no secret that literary agents are keen marketing experts. The success of their business relies almost entirely on their ability to find and represent books that are not only well-written but also potentially lucrative. Because of this, work that is available online can sometimes be unappealing for a number of reasons. First, if the book is already being published and the writer is making money, the agent is cut out of those profits. Second, if a book is posted online as a free download, why would readers pay to read it?

The laws (and the industry jargon) are still trying to catch up to the technology. Keep in mind that the following points are general guidelines: Each literary agent or editor may have his or her own definition of what is considered previously published.

Click here to learn more about How to Get An Agent For Your Self-Published Book.

Then you’ll love the many other ways Writer’s Relief can help!

From effectively targeting markets, writing dynamic query letters, building authors’ online platforms, and much more—find out how Writer’s Relief can boost your exposure and maximize your acceptance rate.

Is a self-published book offered in electronic format considered previously published?
The majority of literary agents are willing to consider a book that has been published electronically (published in a digital, nonprint format) as long as the author holds all rights. However, you may need to remove your book from online bookstores and take your book down from the Internet.

If I publish an excerpt from my book online or in print, does that mean the work is considered previously published?

Generally speaking, it’s okay to publish excerpts online, as long as they are on the short side (relative to the work in question). Be sure you maintain the copyright if you’re going to publish a portion of your book prior to publishing the whole thing! Otherwise you could end up publishing your book, minus your previously published first chapter!

Writer’s Relief does NOT work with previously published poems, stories, or essays; however, we will work with self-published books on certain occasions.

The flip side: Publishing your work online can be beneficial

The Internet can be a wonderful resource, especially for those who don’t have critique groups or workshops available in their area. Unfortunately, very talented writers who just happened to workshop their writing online are getting caught in the cross fire between editors, agents, and the rapidly evolving question of “What is previously published writing?”

There are journal editors and literary agents who don’t really care about work published on small Web sites. Did you put a story up on a message board for critique? Have you posted a chapter of your manuscript on your blog? As long as the work isn’t plagiarized from someone else, some literary agents and editors don’t mind if the writing has appeared online.

But until the industry fully adjusts to the presence of the Internet, many literary agents and editors are going to simply reject work they consider to be previously published. At this point, the best option for writers is to play it safe until the rules become clearer.

Remember to check out our Free List of Writing Contests, Conferences, Calls for Submissions, Services, and More!

As a general rule of thumb: If you plan to submit your work to long-established literary journals and magazines or to literary agents and editors, DON’T post it publicly online first.

I simply love “Poets & Writers” Magazine. No, I’m not getting paid for this post. But I do have a subscription and love the resources and offers. So now & then I share something from my copy. 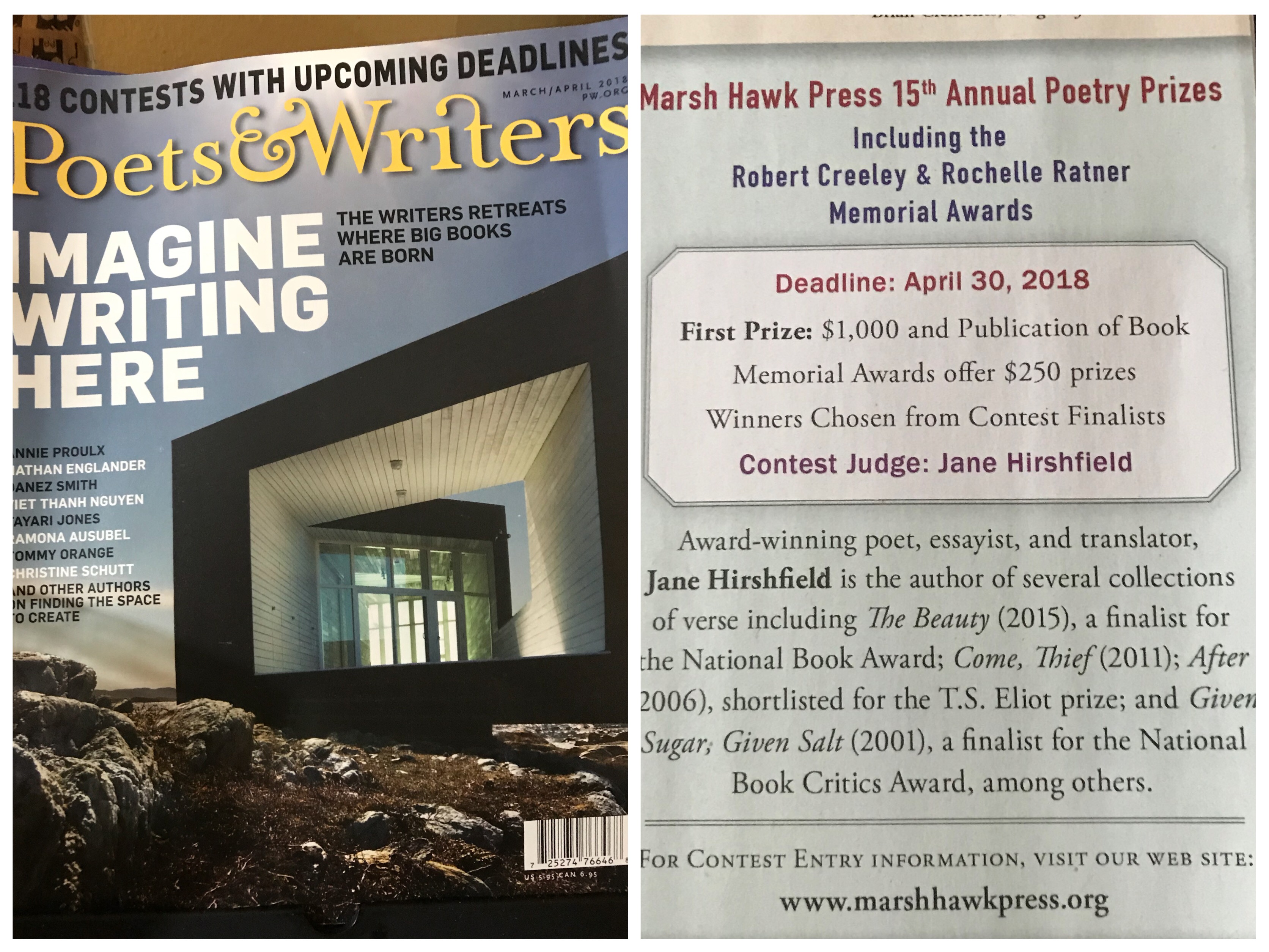 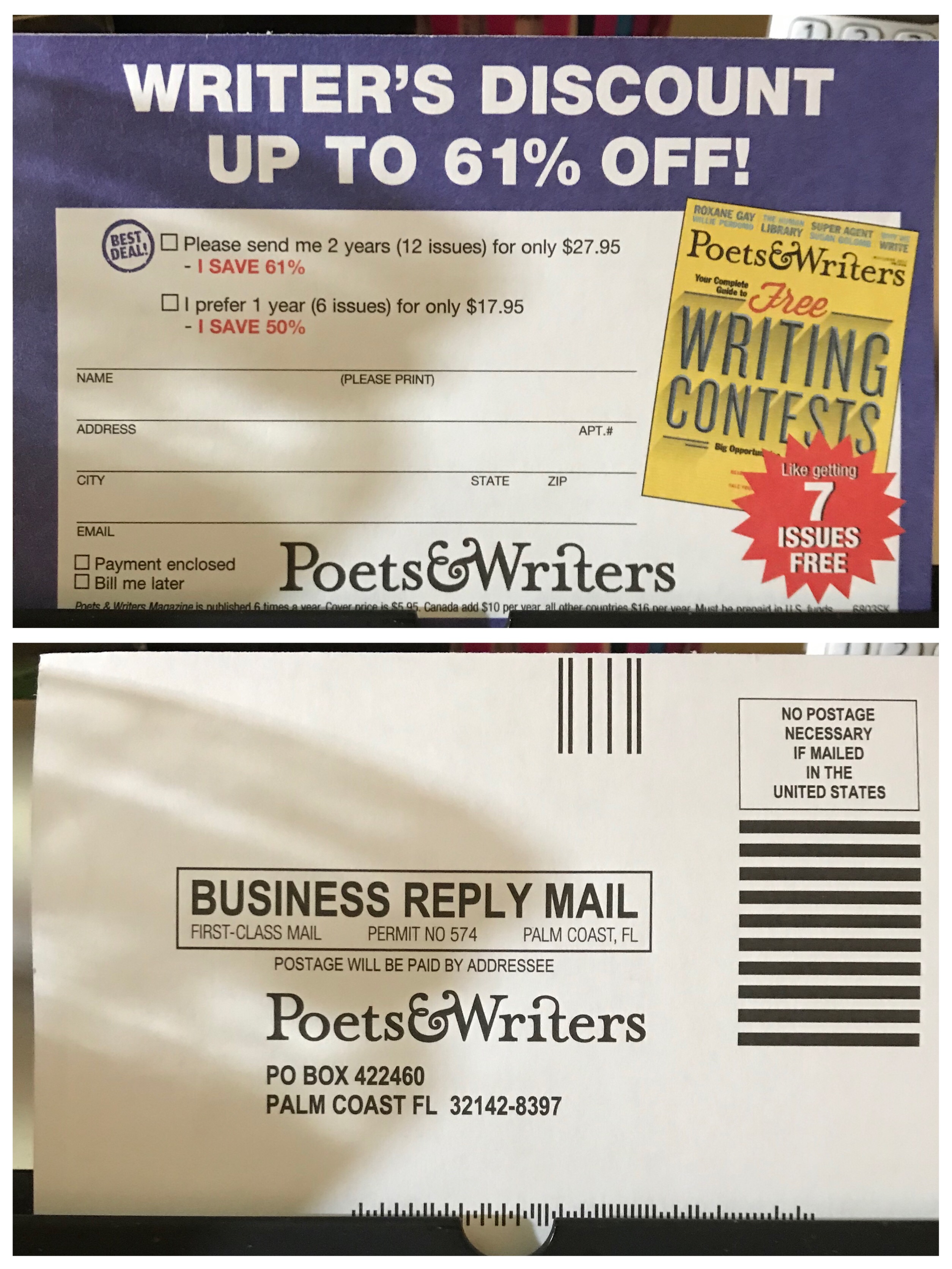 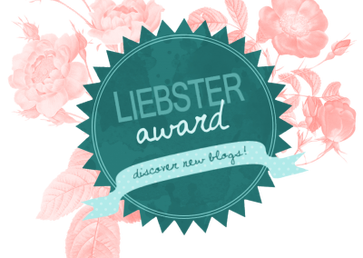 I would like to take this moment to thank Merakiforever for nominating me. This is kind of, “Chain-letter-ish”, which I don’t like, but I’ll make an exception this time. This is a nice way to say hello, get to know others, let people get to know you and a opportunity to spread some Positive Vibes! So thanks again Meraki!

The Rules:
1.Create a new post thanking the person who nominated you, links their blog. Include award graphic.
2.Answer the questions provided.
3.Make a new set of 11 questions for your nominees to answer.
4.Nominate 11 others and share your post with them so they see it.

The bond between a daughter/son and mother is followed by an intense pure love that has no limits, no crude, and no materialism.

My Response To Meraki’s Statement: 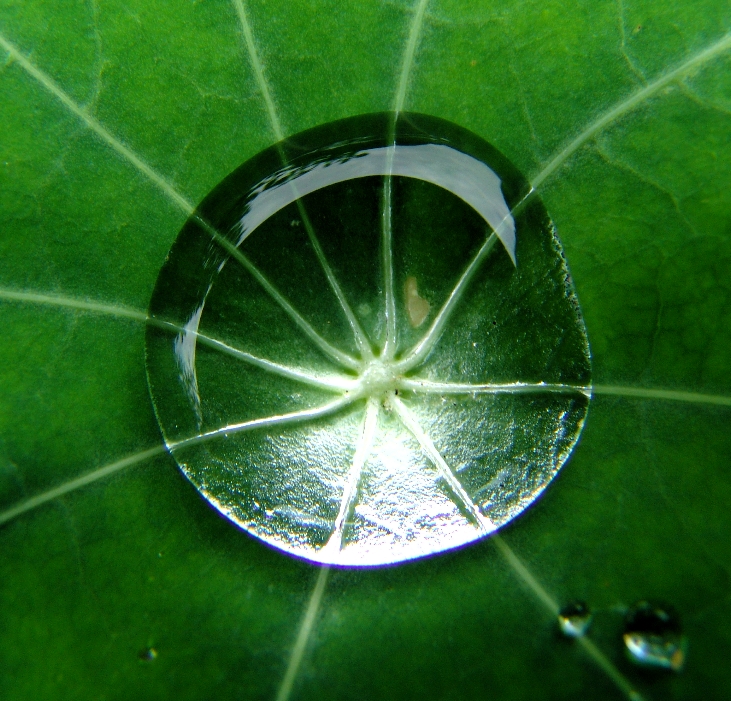 As it envelopes my body,

I feel it, so energizing…

This was indeed fun!

3.      If you could go back in time, what 3 vital things would you tell your younger self?

4.      What is one of your biggest and most important life lessons?

5.      What is something you learned and knowledge, had you re-learn it?

10.   What do you do, to change your negative to a positive?

11.   Did you remember to love and cherish your existence?

*It is said that the Liebster Award was created to recognize and/or discover new bloggers; and welcome them to the blogosphere. “Liebster” is a German word meaning beloved or dearest. This Award exists only on the internet as pixels, and is given to bloggers by other bloggers.

🌹🇯🇲🐝TODAY DON'T MISS IT!!!🐝🇯🇲🌹
Join us on June 3rd @cariconla for an amazing line up of speakers and authors. Join us for a celebration of Caribbean Literature And Caribbean American Heritage Month.
🌹🇯🇲KINGSTON CREATIVE🇯🇲🌹
Follow "Poetry, Language Of the Soul" {P.L.O.T.S.} – The Creatives Magazine on WordPress.com